Lenny and his corn cob 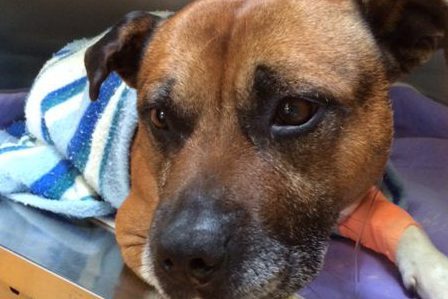 Lenny and his corn cob

Poor Lenny had been felling unwell over the past 5 days, not very interested in food, occasional vomitingInitial X-rays didn’t indicate anything untoward, but Lenny’s vomiting and reluctance to eat continued. After feeding Lenny some barium (barium outlines material in the digestive tract which wouldn’t normally show up in an X-ray) and then taking further X-rays of his abdomen, we discovered a small foreign body in his intestine, causing a partial obstruction. Surgery revealed this foreign body to be a small corn cob.

Lenny is now recovering well, and has hopefully learnt his lesson about what to eat and what not to eat. (Lenny needed to have a bone surgically removed from his intestines about 18 months ago as well!). See the following pictures of Lenny’s latest surgical experience and some comments from his owners.

“We would like to say a “VERY BIG THANKYOU” to Lauren, Scott and Amy at Hamilton Vetcare. Your patience and persistance in finding out what was wrong with Lenny was amazing. Lauren’s after hours care, phone calls and texts to check on Lenny’s welfare was more than we could have expected. Lenny is now home, relaxing and already feeling better (although I think he may even be playing on it a little bit because he gets to sleep inside tonight). Just a word of warning to all dog owners, we never feed Lenny corn cobs this is something that he may have picked up while we were out walking or maybe a bird has dropped it whilst flying over our yard. It is surprising how much trouble corn cobs can cause. So please be aware of what your dogs are eating”