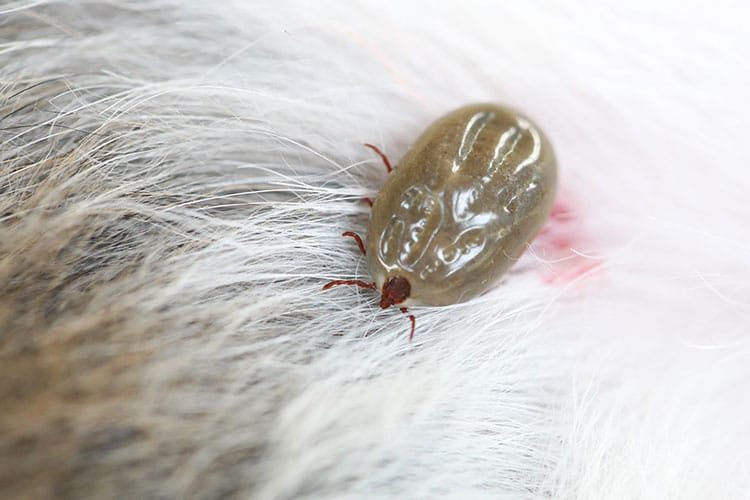 The recent detection of the disease Canine Ehrlichiosis in a dog in Horsham has raised concerns about the risks of the disease here in Western Victoria. Fortunately, the infected dog had come from the Northern Territory where the disease is widespread and has since made a full recovery with appropriate antibiotic treatment.

Canine Ehrlichiosis can look like many other diseases and can be difficult to detect. The disease is spread via ticks infected with the bacteria Ehrlichia canis and cannot be passed directly from one dog to another. Only the ‘Brown dog tick’ is known to carry this bacteria and currently this tick is found only in the warm and humid areas of Northern Australia.

However, a small number of infected ticks have also been detected in South Australia indicating the geographical range of the Brown dog tick may be extending further south, meaning the disease Canine Ehrlichiosis may have the potential to appear in these areas. Brown Dog ticks typically crawl up on grasses, shrubs and other vegetation, then attach themselves to a passing host, such as a native animal, dog or human. If the tick is infected with the bacteria, it can pass the disease onto the dog.

Symptoms of the disease typically include fever, reduced appetite, lethargy and bleeding (such as nose bleeds). Some dogs develop rapid weight loss, swollen limbs, and difficulty in breathing. Severe cases can develop septicemia and uncontrollable bleeding resulting in death.

Although most dogs will improve with antibiotics and supportive treatment, all dogs living in or visiting areas where Brown dog ticks are known to inhabit should be protected with multiple tick preventative products. Products that repel ticks, such as tick collars and topical products such as Advantix, help to repel the tick and stop it from biting the dog.  Other topical or oral treatments such as Bravecto are also important for the control of ticks. Dogs should be regularly checked for ticks by running your fingers through their coat, paying attention to the head, neck, ears, around their mouth and between their toes.

If you are planning to travel to Northern Australia with your dog contact our clinic for more information on the best tick prevention program for your pet.